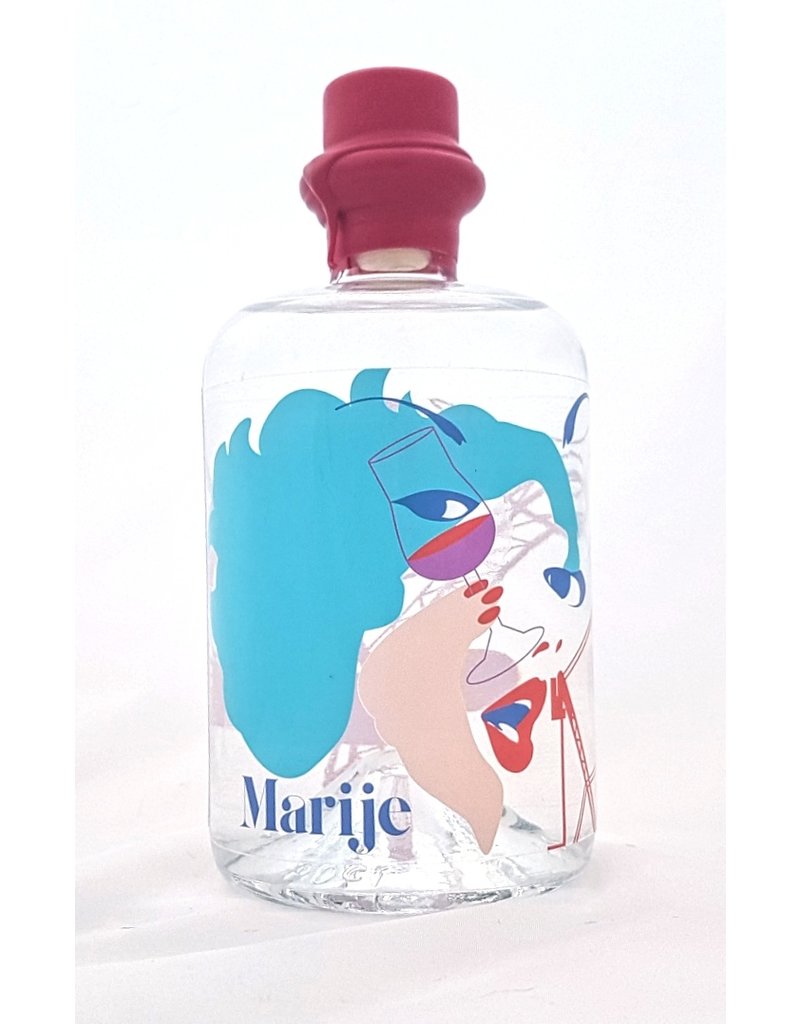 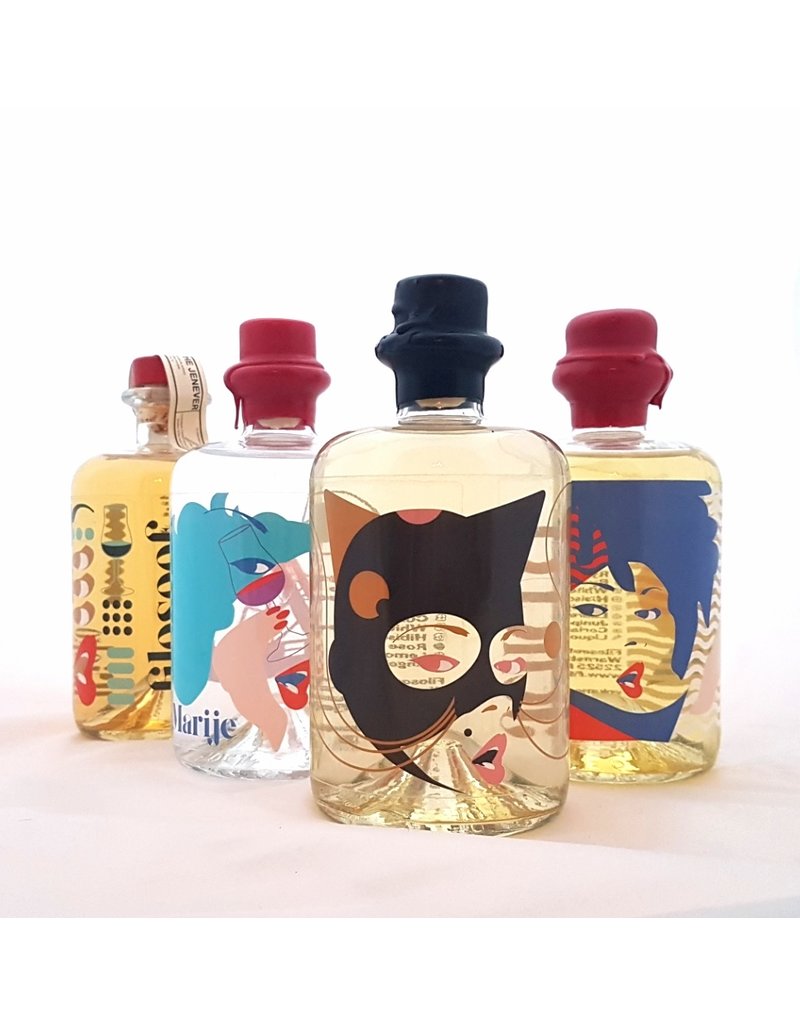 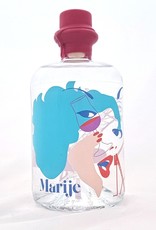 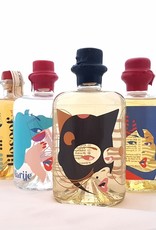 MARIJE is a distillate from a porter enriched with columbus hops and juniper.
50% maltwine

The MARIJE honours the quality of shape shifting; the ability to recognize a quality that is allready there, cre­ating something new without the need to destroy, but simply by changing its shape. This jenever is dedicated to my sister Marije in who I recognize this incredible talent. That distilling beer is normally a very bad idea will a lot of you know. By distilling beer you normally wont receive a well rounded pallet, but is this jenever we did. Difficulties are created by the use of barley, the main ingredient of beer, boiling of proteins, the type of fermentation used and the use of hops. So, we had to overcome all off these to receive a quality spirit.

Beer brewers often offer me their left over beer, which Nienke is mostly very happy to reject. Different was the case of a lacto infected porter. An infection that is for porters not uncommon. These unwanted micro organism spoil beer. The beer becomes very foamy and acidic. But for disitilling this infection is wanted, an addtional lacto fermentation rounds the spirit and adds to its florality. So, the spoiled beer became the ideal rough ma­terial voor a chocolalatey jenever.

We added Columbus hops because of its orange quality. And who doesn’t love chocolates with orange zest. Columbus hops are also known unther the name Tomahawk. Two words for the one that found and the thing that was found. A little word joke that adds to the transformative power of this jenever.

The MARIJE is great as an original John Collins or as a kopstoot-pairing with a classic american style double IPA. 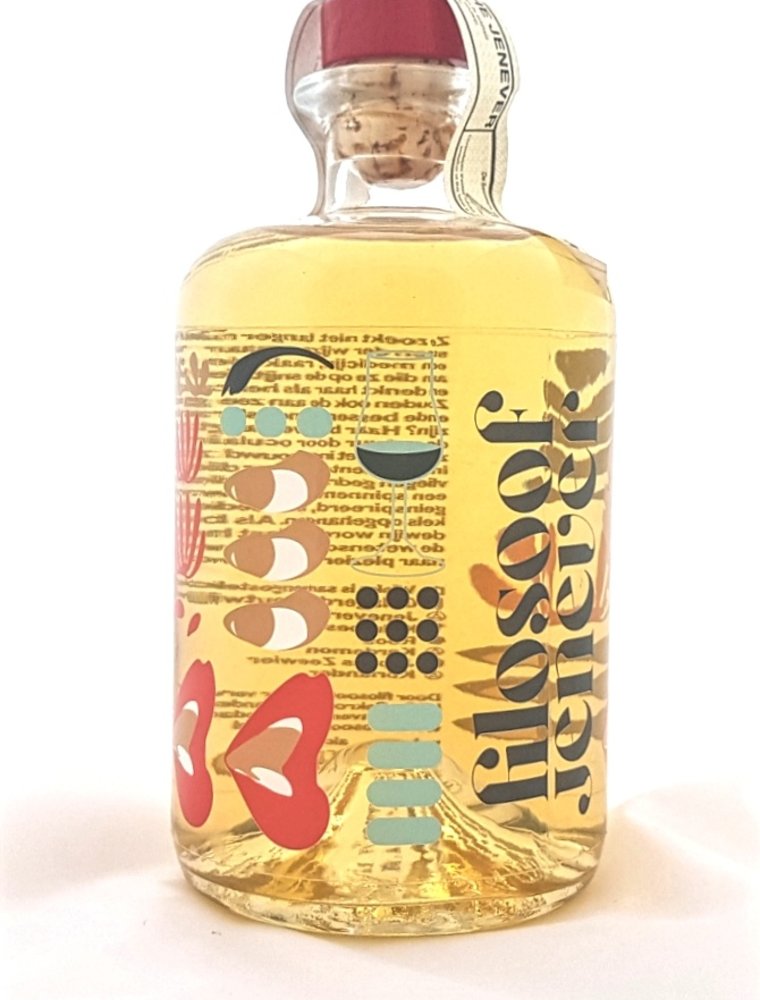 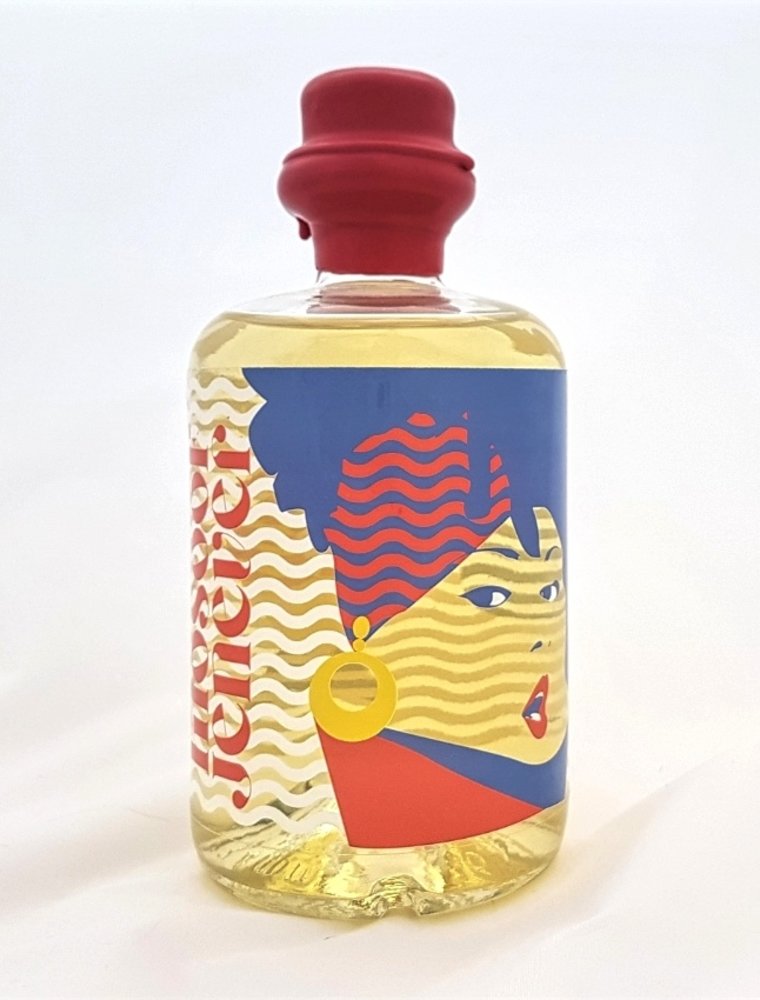 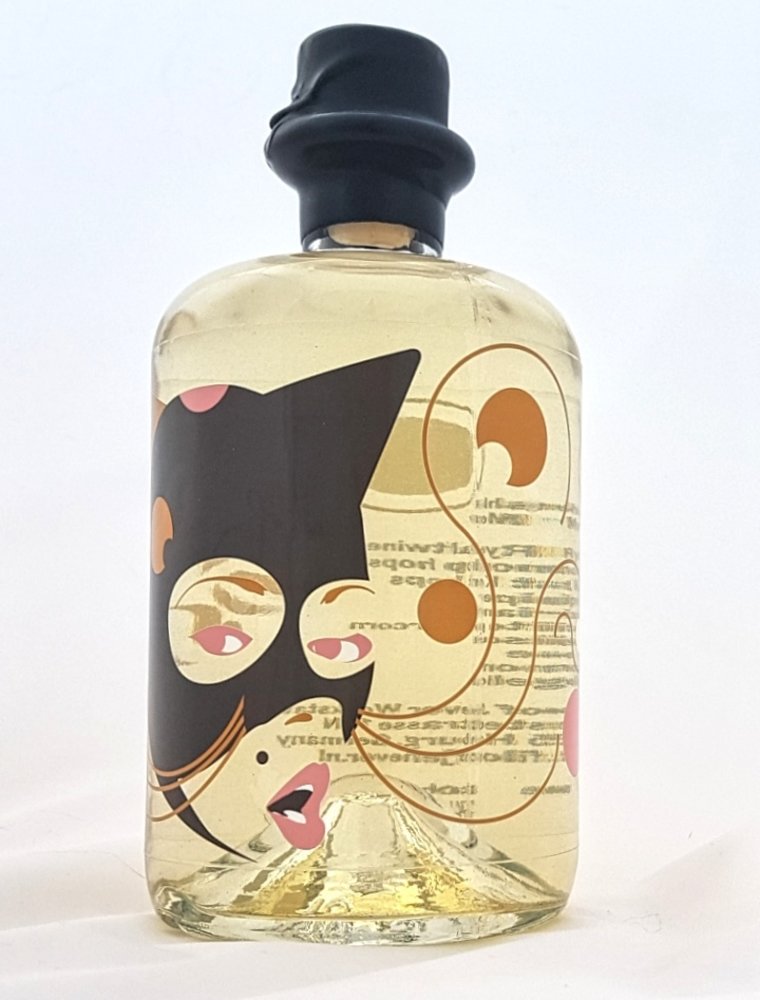